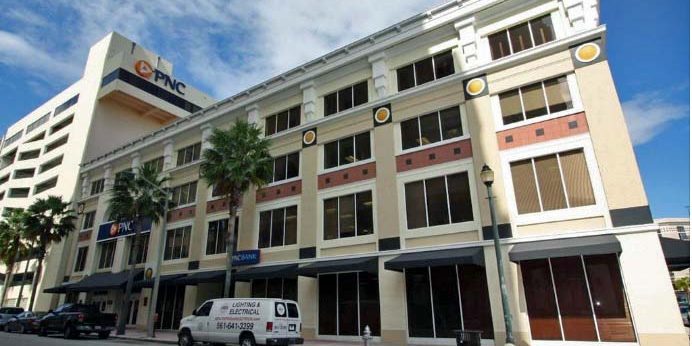 HotelPlanner, a hotel deals booking service company based in West Palm Beach, will be relocating to another building in the city to accommodate its growing staff.

John Prince, co-founder and CIO of HotelPlanner told the South Florida Business Journal that the company’s West Palm Beach staff will grow from 45 workers to about 120 over the next five years at its new headquarters. In total, the company has about 90 workers across its offices in Florida, Las Vegas, London and Hong Kong, he said.

The company’s previous location at 777 S. Flagler Drive in West Palm Beach was at 100 percent occupancy so there was no option to expand there even though HotelPlanner had outgrown the space, Prince added.

HotelPlanner is doing a buildout at their new 15,000-square-foot space at the PNC Bank Building at 205 Datura St. in West Palm Beach and plan to move in on Dec. 1.

“We’re definitely investing in our employees and their environment,” Prince said. “We like to have a nice live-work balance and that location is right in the heart of everything in West Palm Beach.”

Positions that HotelPlanner will be hiring for include call center staff, sales people and programmers and range in experience from interns to industry veterans with more than 10 years of experience.

The average salary at HotelPlanner is about $45,000 to $50,000 and perks include catered lunch every day, team athletic activities and more, Prince said.

“We worked closely with HotelPlanner to ensure they would find a space that fits its current business needs, but also accommodates the company’s immediate expansion plans,” McCarthy said in a news release. “… The office space is in the heart of downtown and will serve as a workplace that team members will enjoy working in.”

HotelPlanner is one of several companies adding hundreds of jobs in Palm Beach County, including Untied Technologies and Avid Technologies.